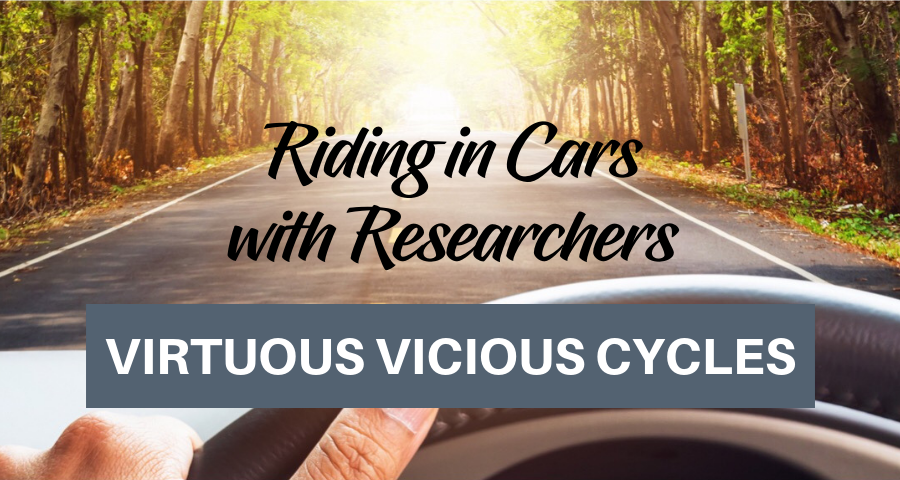 Hello, I’m Dr. Jeff Kingsley and welcome to another edition of Riding in Cars With Researchers. Today we’re going to talk about virtuous and vicious cycles. I believe that sites and principle investigators are currently embroiled in a vicious cycle that is hampering the ability for sites to substantially get better.

What are Virtuous Vicious Cycles?

They are chains of events, many times very complex chains of events, that are like dominoes:  One thing is contributing to another thing, is contributing to a third and a fourth, and they are self-reinforcing – heading in a certain direction. They’ll continue in that spiral until an external force breaks the cycle and allows the chain of events to change. These cycles are everywhere. They’re in our bodies, in our own biochemistry, self-reinforcing cycles in a direction. They are in economics, in how cities attempt to change neighborhoods from being in dire poverty to entering the middle class, and in the research world. They are even in our own family dynamics: how we raise our kids and how we run our families.

Why should you believe me that sites are in a vicious cycle? How would we know if sites are in a vicious cycle? If, over time, site performance is getting worse (certainly not getting better), then there is a cycle that is creating this, that’s reinforcing this, as opposed to a cycle where site performance continually gets better and better year after year.

What do we know? We know that 51% of physicians that try and do research fail – that 51% churn rate – the one and done’s. They try and do their first trial and then they quit and never go back because it was too hard, regulatory burden was too hard, they couldn’t pick the right trials, and they couldn’t enroll patients into the trials. They couldn’t make money doing the trial or even break even. We also know that most sites underperform. We know that site quality is not what it should be. We know that timelines are not adhered to. Most research trials take 198% longer to enroll then predicted. We know that’s costing the industry billions of dollars. We know that time-to-database-lock is extended, time-to-first-patient-enrolled is extended, so sites are underperforming on enrollment, quality timelines, and customer service (EQTCS).

We know that the number of inclusion and exclusion criteria is increasing. There are good and bad sides that I/E criteria are increasing.  The good: we are getting smarter. We are starting to put genetic and biomarker criteria into inclusion and exclusion. Example: you enter a trial, but if you don’t have the right gene, you can’t proceed in the trial. That’s a great thing because we’re starting precision medicine and precision research and tying our research trial to you and your actual genes. That’s a good thing. Biomarkers: we’re getting smarter about figuring out who should be able to proceed in a trial based upon very specific things that were determined in that person. Those are good reasons to have inclusion and exclusion criteria becoming more complicated.

What are the Bad Reasons?

We’re really good at adding I/E, but we’re very bad about removing those I/E’s that are no longer relevant. The FDA has published on this and it’s an issue because, increasingly, the patients who are allowed to enter a research trial are looking less and less like real world patients – your average patient. And that’s an ethical issue and a scientific issue. We need to remove or loosen up the criteria so that our research patients look more like the general population – that’s an imperative.

Scott Gottlieb, the FDA commissioner, just published about loosening the I/E criteria in oncology trials around prior cancers. We have an issue as we’re getting older as a population, but we’re not letting older adults into research trials. The number of procedures, per patient, per visit is going up. That’s reducing sites’ ability to be successful. They’re looking for a rarer patient and, when they find that rare patient, we are asking so much of the patient.  There’s a greater likelihood that the patient will say, “I’ve got young kids. I can’t possibly be at the office that long to do all of these procedures, or I’d have to take too much time off of work.”

My call to action: We need to break it. I mentioned that the only way to break out of a vicious cycle is for an external force to come in and shake things up. To break the cycle so that we can convert to a virtuous cycle (or at least maintain status quo, but not to get worse). But we are getting worse right now, as the data shows us over the last 10 years.. So what do we have to do? Recognize we’re in a vicious cycle and start tackling the dominoes of this vicious cycle: the 51% churn rate of physicians.

Currently, we are putting a Band-Aid on it. We convince more doctors to say, “yes, sure, I’ll give it a shot”, but we’re maintaining these horrible churn rates, which means half of all the docs who are doing the research have less than one research trial on or under their belts. That’s not acceptable.  We have to tackle the root sources of the issue: reducing the regulatory burden, setting up physicians for success so that they can choose the right trials and putting patients into the trials. We need to reduce the I/E criteria rapidly. Scott Gottlieb also just published his criticism of the industry in that we are not adapting fast enough to simplifying research and changing what we’re doing. We must simplify the I/E criteria and also reduce the number of primary and secondary end points. Simpler research trials equate to increased numbers of enrollments per trial per site, which improves the economics of running research both for the industry as well as for those physicians.

We need to tackle all of the things that are contributing to the vicious cycle and help break out of the vicious cycle. We need to start compensating physicians for their investment in being better, for their investment in being the best of the best. We need to start paying for performance sites that can perform exceptionally well on EQTCS should be paid very differently from sites that camps. All of these things will help us break out of the vicious cycle and start changing how sites are chosen and are compensated.  Which enters us into a virtuous cycle: where the best of the best are now able to be even better. And the laggards, the ones who couldn’t be the best of the best, are now incentivized to move into the category of the virtuous cycle. Okay, let’s keep the conversation going. Vicious vs. virtuous cycles as always. 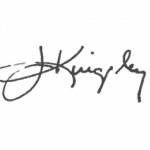