Pulmonology is the study and treatment of the respiratory system. Pulmonologists treat everything from asthma to tuberculosis. Pulmonologists have expertise in infectious, structural and inflammatory respiratory disorders. Sometimes this extends to the cardiovascular system.

Asthma is a chronic lung disease characterized by coughing, chest tightness, shortness of breath and wheezing. Asthma symptoms may be triggered by allergens or other, non-allergic stimuli, such as respiratory tract infections, cold air, or tobacco smoke. If you have asthma your airways are always inflamed. They become even more swollen and the muscles around the airways can tighten when something triggers your symptoms. This makes it difficult for air to move in and out of the lungs, causing symptoms such as coughing, wheezing, shortness of breath and/or chest tightness.

Chronic obstructive pulmonary disease (COPD) is characterized by long-term breathing problems and poor airflow. The main symptoms include shortness of breath and cough with sputum production. Chronic bronchitis and emphysema are older terms used for different types of COPD. Tobacco smoking is the most common cause of COPD, with factors such as air pollution and genetics playing a smaller role. 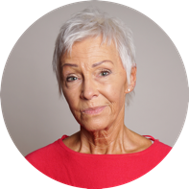 Non-Tuberculosis Mycobacterium infections are caused by germs which are usually found in stagnated water and soil. It is still unclear as to why this germ causes infections for a few people and does not affect others but physicians are of the opinion that people who already have a disease condition or any sort of damage to the lungs are more prone to get affected by this disease.

Chronic cough is long-term coughing, sometimes defined as more than several weeks or months. The term can be used to describe the different causes related to coughing, the 3 main ones being; upper airway cough syndrome, asthma and gastroesophageal reflux disease. 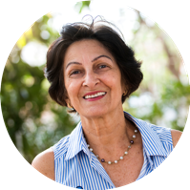 A lung nodule (or mass) is a small abnormal area that is sometimes found during a CT scan of the chest. These scans are done for many reasons, such as part of lung cancer screening, or to check the lungs if you have symptoms.

Other Types of Diseases Related to Pulmonary

Sleep Apnea is a sleep disorder characterized by pauses in breathing or periods of shallow breathing during sleep. Each pause can last for a few seconds to a few minutes and they happen many times a night. In the most common form, this follows loud snoring. People with sleep apnea may not be aware they have it. In many cases it is first observed by a family member. Sleep apnea is often diagnosed with an overnight sleep study.

Cystic Fibrosis is a genetic disorder that affects mostly the lungs, but also the pancreas, liver, kidneys, and intestine. Long-term issues include difficulty breathing and coughing up mucus as a result of frequent lung infections. Other signs and symptoms may include sinus infections, poor growth, fatty stool, clubbing of the fingers and toes, and infertility in some males. Different people may have different degrees of symptoms.